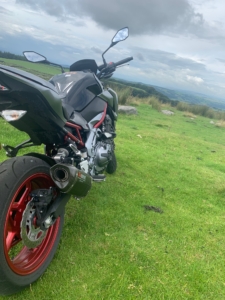 As an avid rider who has an eclectic taste in bikes its time to start reviewing some bikes. First up the Kawasaki Z900 Performance. For me anything on two wheels goes. While an engineer in a former life I have never been one to remember bike specs and how much horsepower it has. More the type to chuck my leg over then get on with it. “By the seat of your pants” springs to mind! If I am not out teaching or rambling around the country side you will probably see me on a track testing the limit and sometime crossing them. But that is another story to be told.

So as a newly appointed Kawasaki Ambassador for the North west covering north Lancashire & Cumbria. I have been given the keys to the toy box at Preston Motorcycles.

First in my sights was the Kawasaki Z900. I was handed the keys and a full tank of fuel and three days of fun filled biking!

I was surprised how light it is weighing in at 210Kg quite easy to handle when filtering through the evenings rush hour. I then jumped on the motorway for the blast home to walk the dog. The screen mounted up front was very effective and wind buffeting was more than bearable.

Day two was our Training School ride to Wray bike night. The bike being fitted with a full Akrapovic exhaust and headers plus de-catted this thing didn’t just purr it roared with the odd pop and bang and really was a head turner.

Several old customers took the opportunity to have a sit on the bike and have a feel for the weight and how comfy it was for themselves. Sad to say it was a bit damp, so I had to be cautious with the throttle even though the power delivery was buttery smooth, so this did inspire confidence and the back end behaved very well to my surprise.  It was a nice ride back over the tops of Bowland Forest and tucked the bike up in bed in the front living room, just like any good biker should do!

Day three being my last day the weather gods where with me. Mark from Preston Motorcycles said he would drop by the office at about 2pm to collect the bike. Now feeling confidant on the bike, it was a question of….

‘So, what else could I do?’ ‘Simple one of my favourite routes from mine to the office via Devils bridge, a loop I know very well that I really giving that gives me a control to gauge the machine over.

The Z900 was at home and eating up the road at an alarming pace and corner after corner. It was quite effortless you would tip it in and it would just hold its line and gradually release the horses as you wound the power when the hit the apex and the road opened up the exhaust would come alive and it would be down the box and get setup for the next corner.

I could have happily repeated this all day especially with how plush the suspension was in in all I am rather surprised and would love to see how it handles on the track. Where you can remove speed limits and the other danger of the road that means you must ride well within your limits, not that it stops you having fun and with the added pleasure of the note this machine made it didn’t stop! I’m still smiling now and if I could afford to add another bike to the collection this would be on the cards, but the exhaust is a must in my eyes!

I must say I was a-little gutted to hand the keys back and I am still smiling now.

Bookings for CBT and Licence courses can be made by visiting www.practicalbikes.co.uk/courses/

Where to get your two Wheels!

Fancy one? Get to Kawasaki Preston & why not get a licence deal chucked & join us at Practical Bikes. 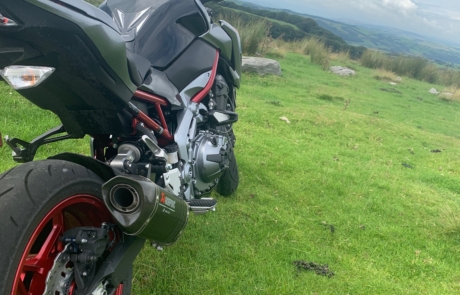 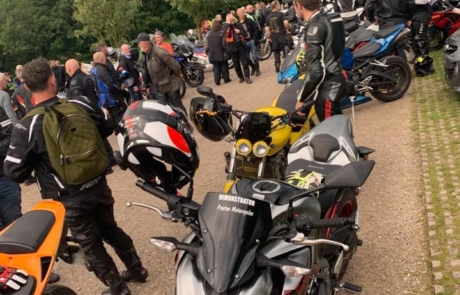 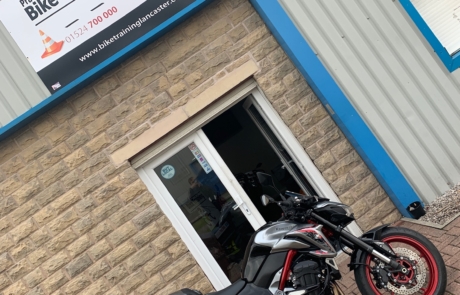 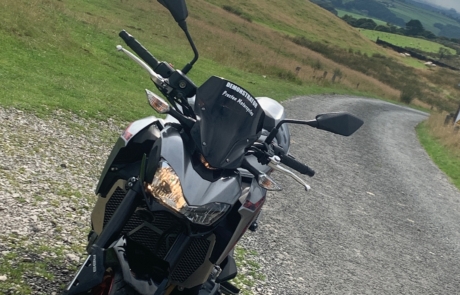 You can book your training today with us. Click to enquire!

Send Us A Message